After the screening & Awards for 2 films in the Dehradun International Film Festival on 6th Nov. 2017, she received two more Awards, for the films- "THE DEADLY VALENTINE  !!" and  "BROOMERANG !!" at a film festival in Delhi on 9 Nov. 2017.

"BROOMERANG !!" received  the Special Mention Award for the Best Short Fiction in the category "CLEAN DELHI, GREEN DELHI" , at the inaugural New Delhi Short Film Festival, 2017, held here on November 9, 2017  at the India International Centre (IIC). This is a film on the "SWACHH BHARAT ABHIYAAN", a satire.

"BROOMERANG !!" was also an Official Selection at the Government of India Short Film competition -" SWACHH SANKALP SE SWACHH SIDDHI"-2017.
At the Award ceremony....... 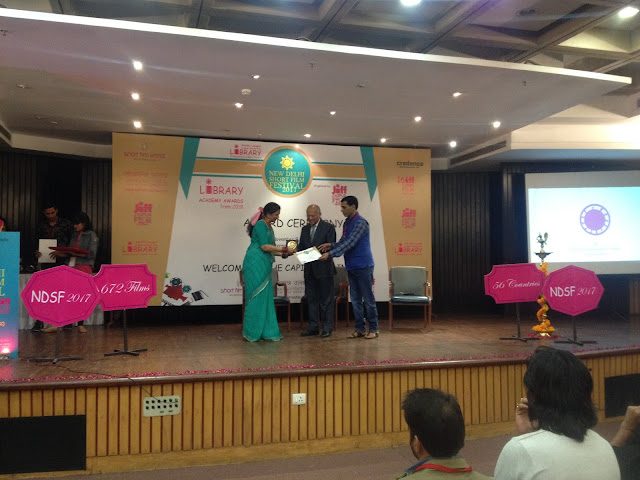 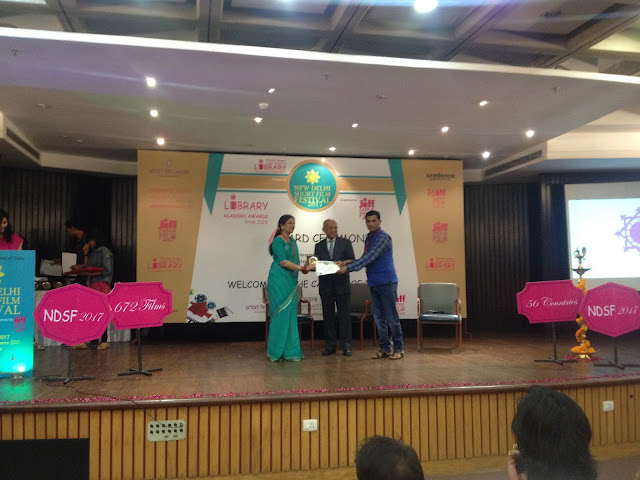 Her short film "THE DEADLY VALENTINE !!" received the Appreciation Award at the same festival. 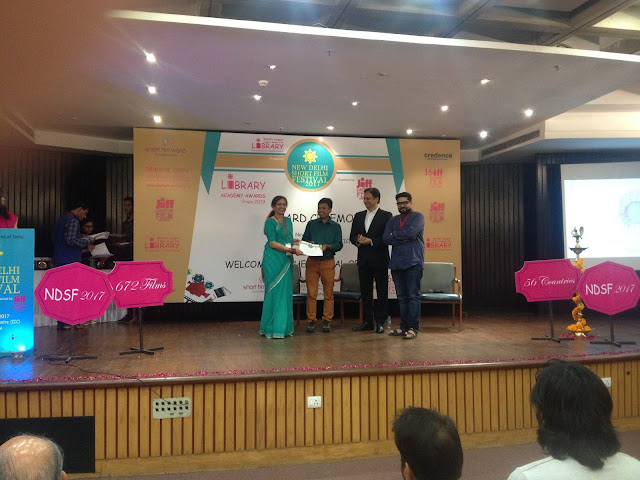 And the Mother-Daughter duo, Manisha & Aparajita, the star cast of "THE DEADLY VALENTINE !!" with the Awards... 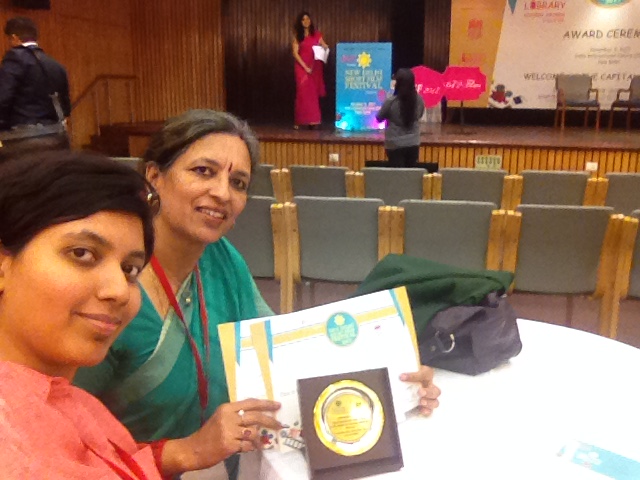 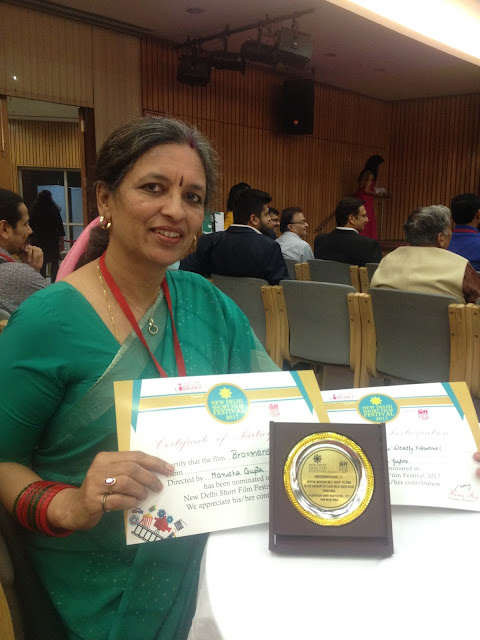 The posters of the films: 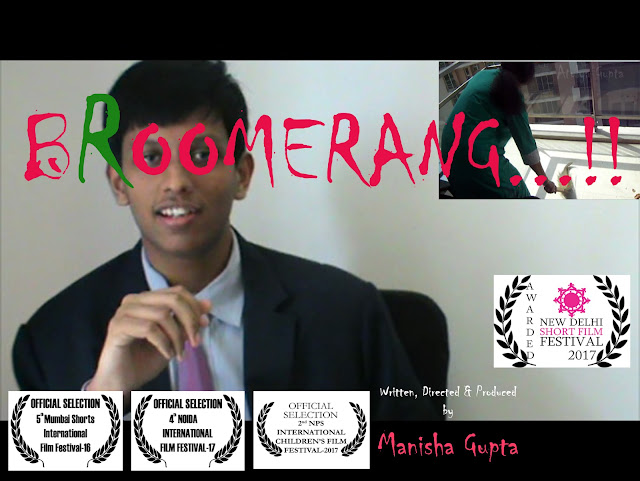 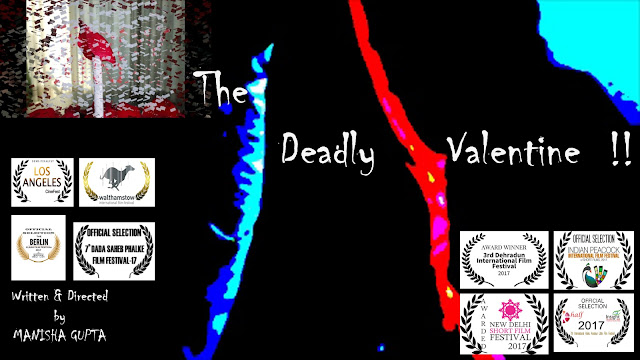 Ms Manisha's two short films - "GRANDFATHER'S GOLDEN SECRET !!"  and "THE DEADLY VALENTINE  !!" were screened in Dehradun, her Hometown , during the 3rd Dehradun International Film Festival, 2017, 3-5 November 2017. The films were screened on Sunday,  November 5  at the Silvercity Multiplex, Dehradun.

It was a great occasion for her to have the great Bollywood Screenplay Writer, Director & Filmmaker   Shri SAGAR SARHADI Ji present during the screening of her films. 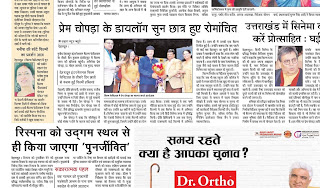 Also, Ms Manisha was honoured to receive her Award from Shri Sarhadi Ji the same evening at a grand Award ceremony held at Hotel Solitaire, Dehradun.....

Ms Manisha's photos of receiving the Award from Shri Sagar Sarhadi ji  at the Award ceremony...... 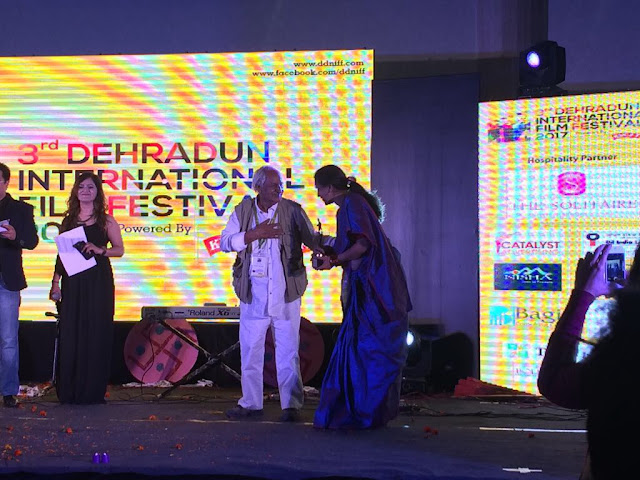 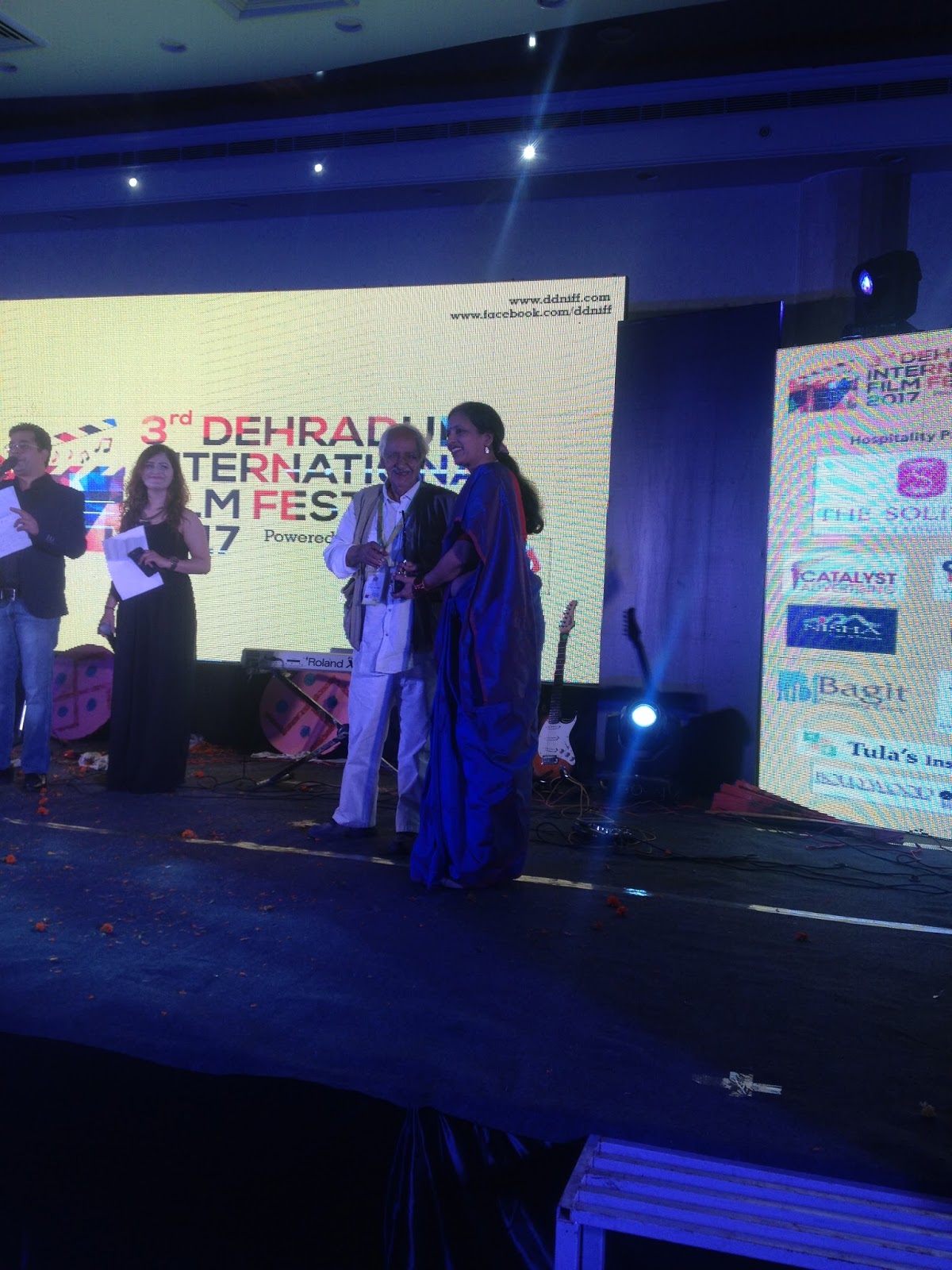 A clipping from the Newspaper "Rashtriya Sahara" of Nov 5, 2017: 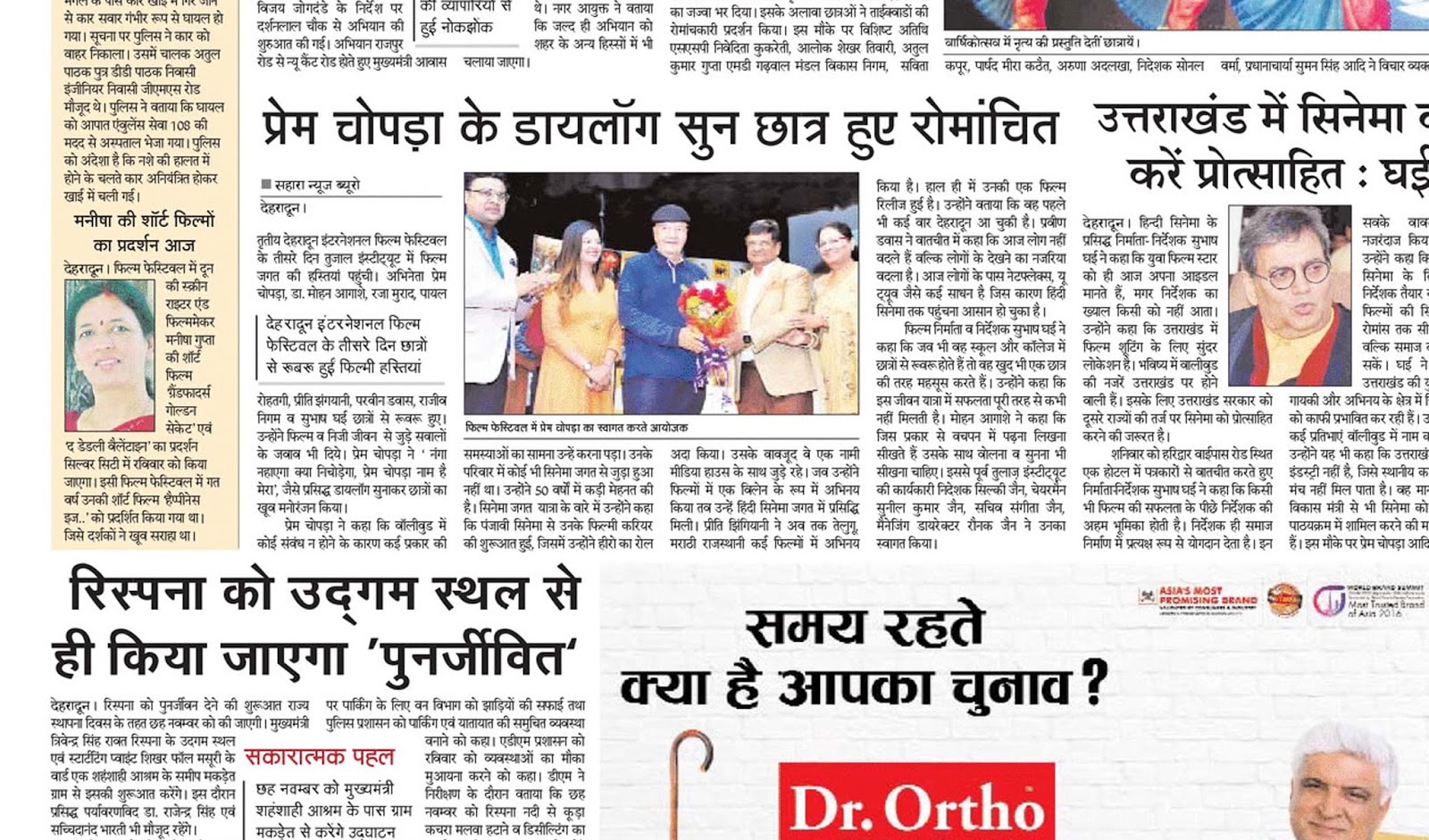 During the Screening of the films at Sivercity, Dehradun.......... 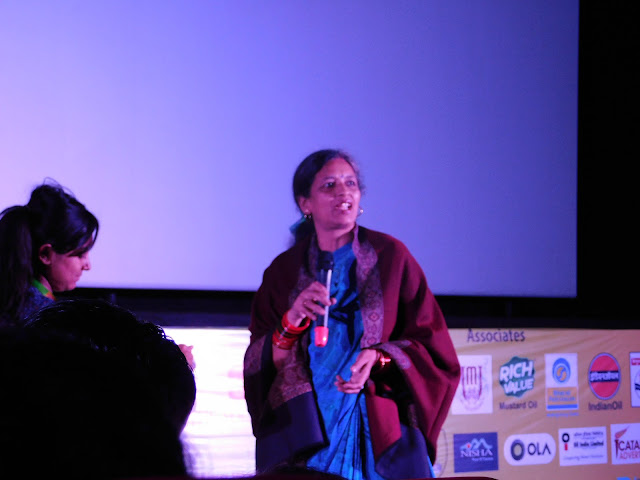 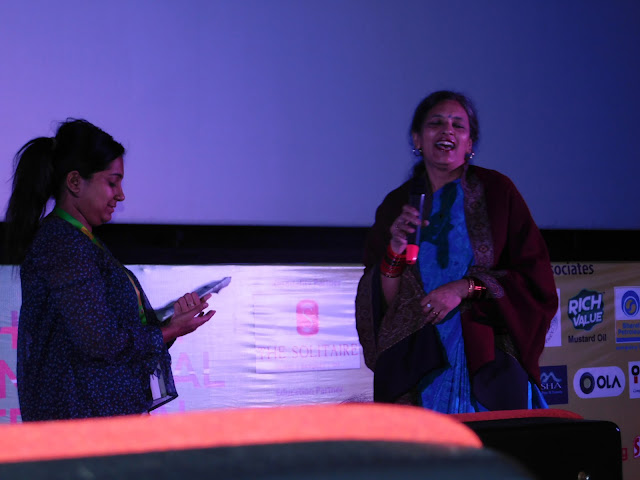 Here Manisha is seen with her son & the star of "Grandfather's Golden Secret !!" , Atulya Gupta.
He is a budding lawyer studying in the 1st year at NLU-Delhi. 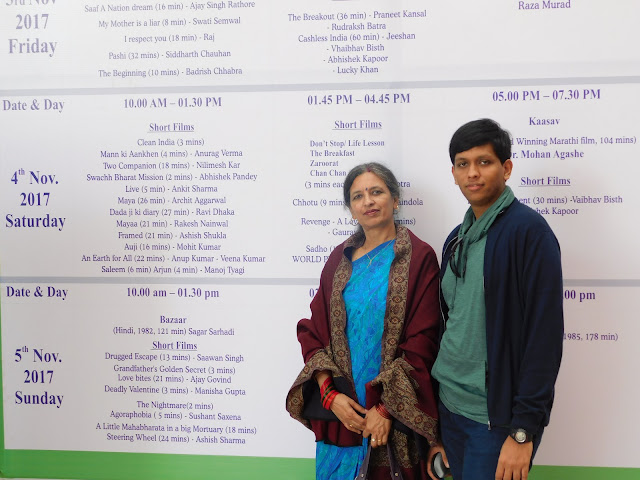 And here is the star cast of "The Deadly Valentine !!"......Manisha with her daughter Aparajita at the Awards ceremony..... 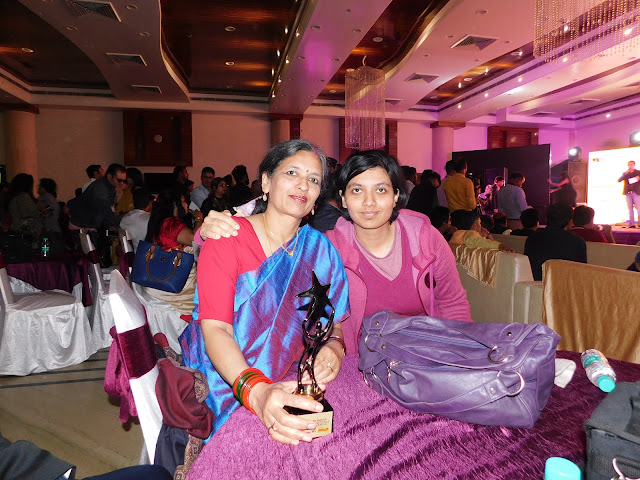 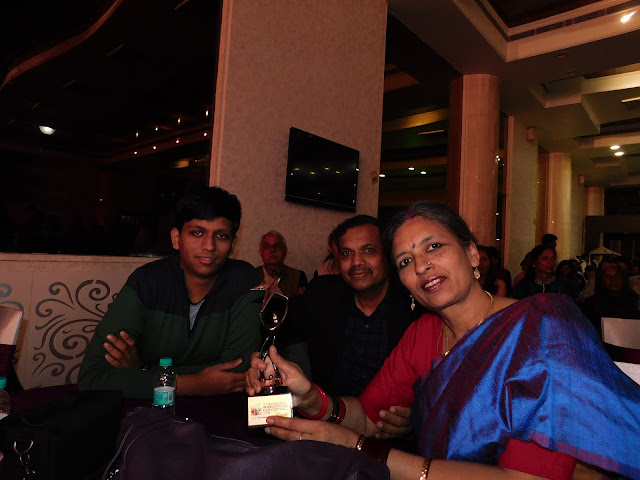 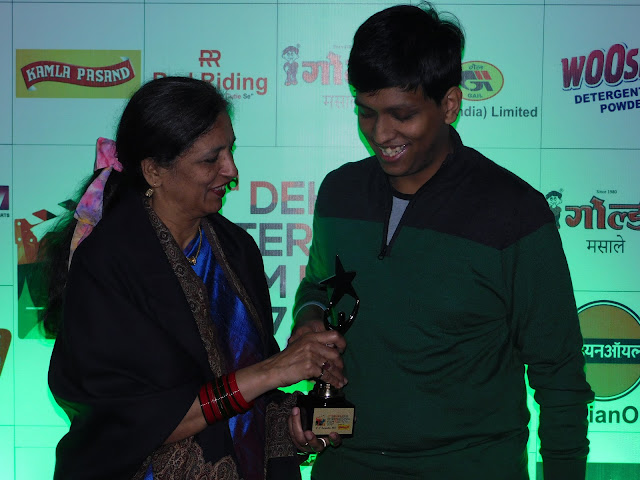 Posters of the films: 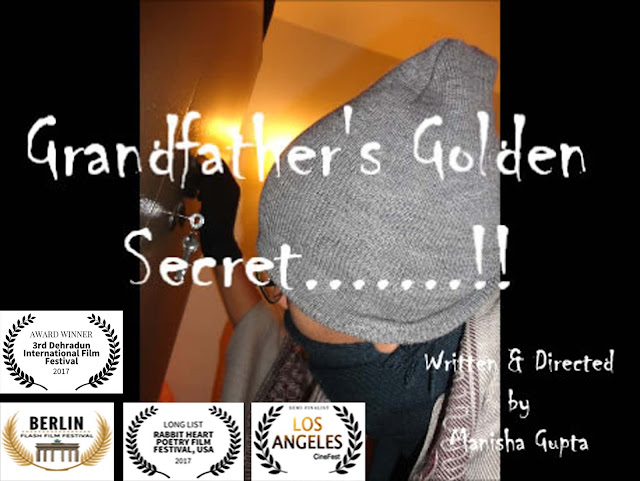 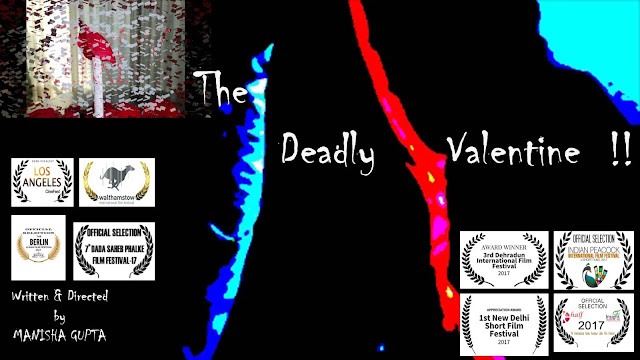